During my brief trip to and from Colorado last week I got some sketching time in on the airplane and in the evening. A story I've wanted to approach for a long time is that of Tam Lin, stolen away by the Queen of Faery, and saved from a fate of being the faery tithe to Hell by the love and strength of Janet. Listening to Tricky Pixie's version of this old ballad revived my old interest in doing a painting on the theme. In fact I decided to do a triptych - the left panel being Janet in the woods, the central image of the faery entourage at Miles Cross on Holloween, and the right of Tam Lin. So far only some rough sketches for the first two.

First sketch for Janet. Like the face and expression, but not too excited about the pose. Too..."standard fantasy woman". 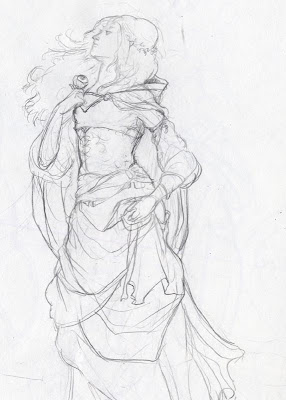 Another go at it. Playing with background as well. Still not satisfied. Looks too static and pretty like an Art Nouveau poster. 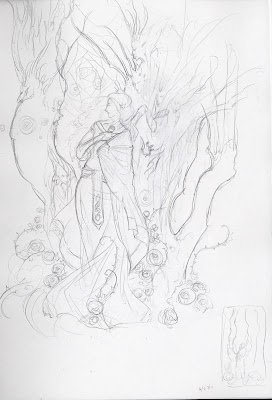 Ah ha. Got it finally. Used the head/face from the first sketch. 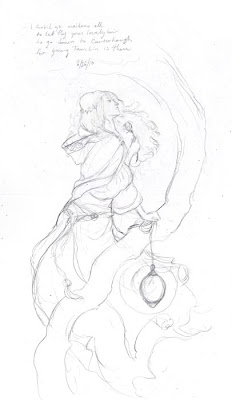 Thumbnail for the composition. 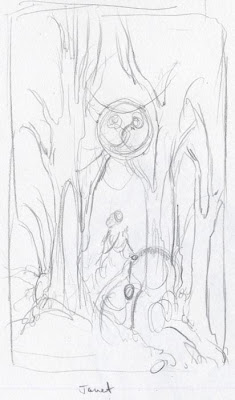 Blending in some of those background elements from the second sketch. Visited the Berkeley Rose Garden this past weekend and got lots of reference photos of rose bushes and tangled thorny vines to use for this! 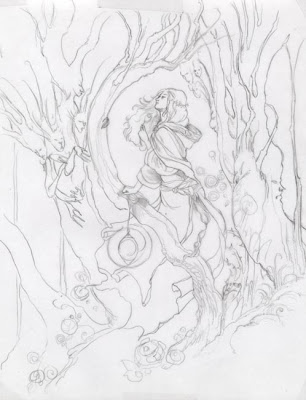 For the second panel, thumbnail of the composition. 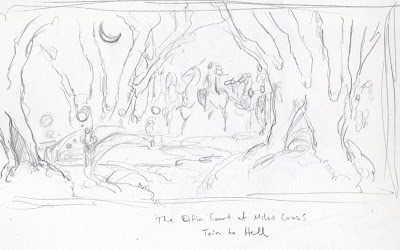 First pass for a sketch of the faery queen. 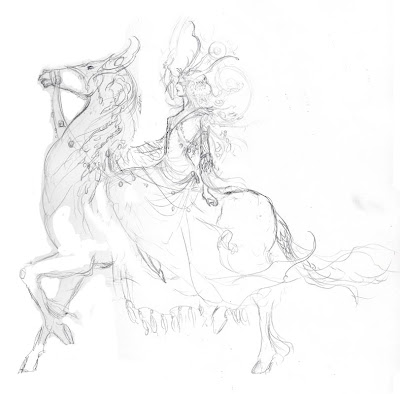