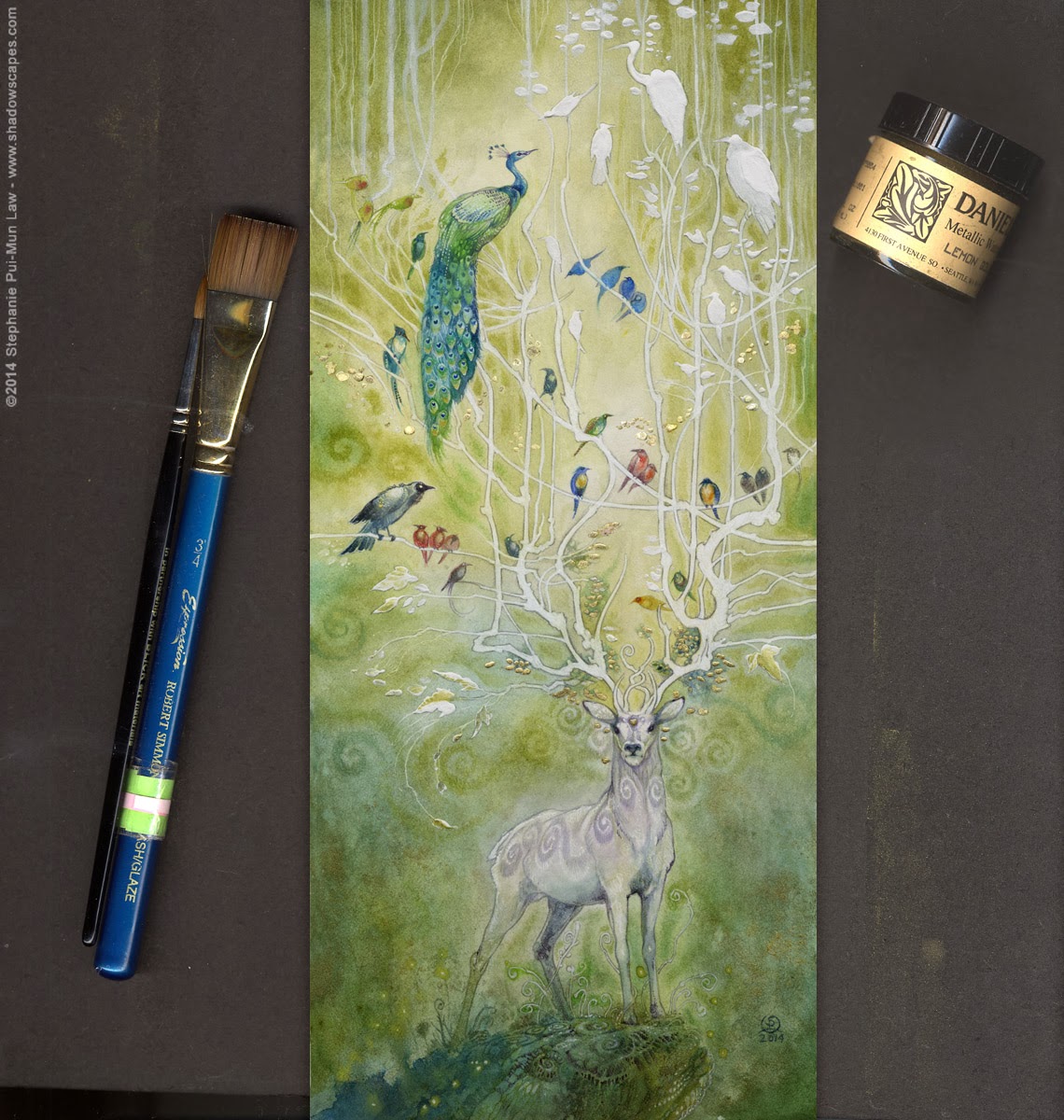 In musical terminology and notation, a fermata means to hold a tone or rest beyond the written value. It is a sustained moment beyond that which the meter or rhythm would normally accommodate.
Incidentally, a fermata is also sometimes known as a "bird's eye".

* * *
Some of the in-progress scans and photos of this piece:

Initial sketch. I was scrawling in my sketchbook and the idea took shape as I went. So when I reached the upper edge of my page, I taped another sheet above to keep going.

Scanned that and modified some aspects in photoshop. I wanted him to be standing on a rise, and so changed the angle of the haunches to better reflect that, as well as some of the lines of face and neck. It's mirror flipped so that I could get a better idea of what changes I needed to make. Sometimes when you look at a piece too much, you no longer see the flaws. Flipping it gives a fresh perspective.

Finalized sketch on my painting surface. The birds were added just before painting and were not a part of the initial conceptualization. But something was missing and once I added them in, they felt right. 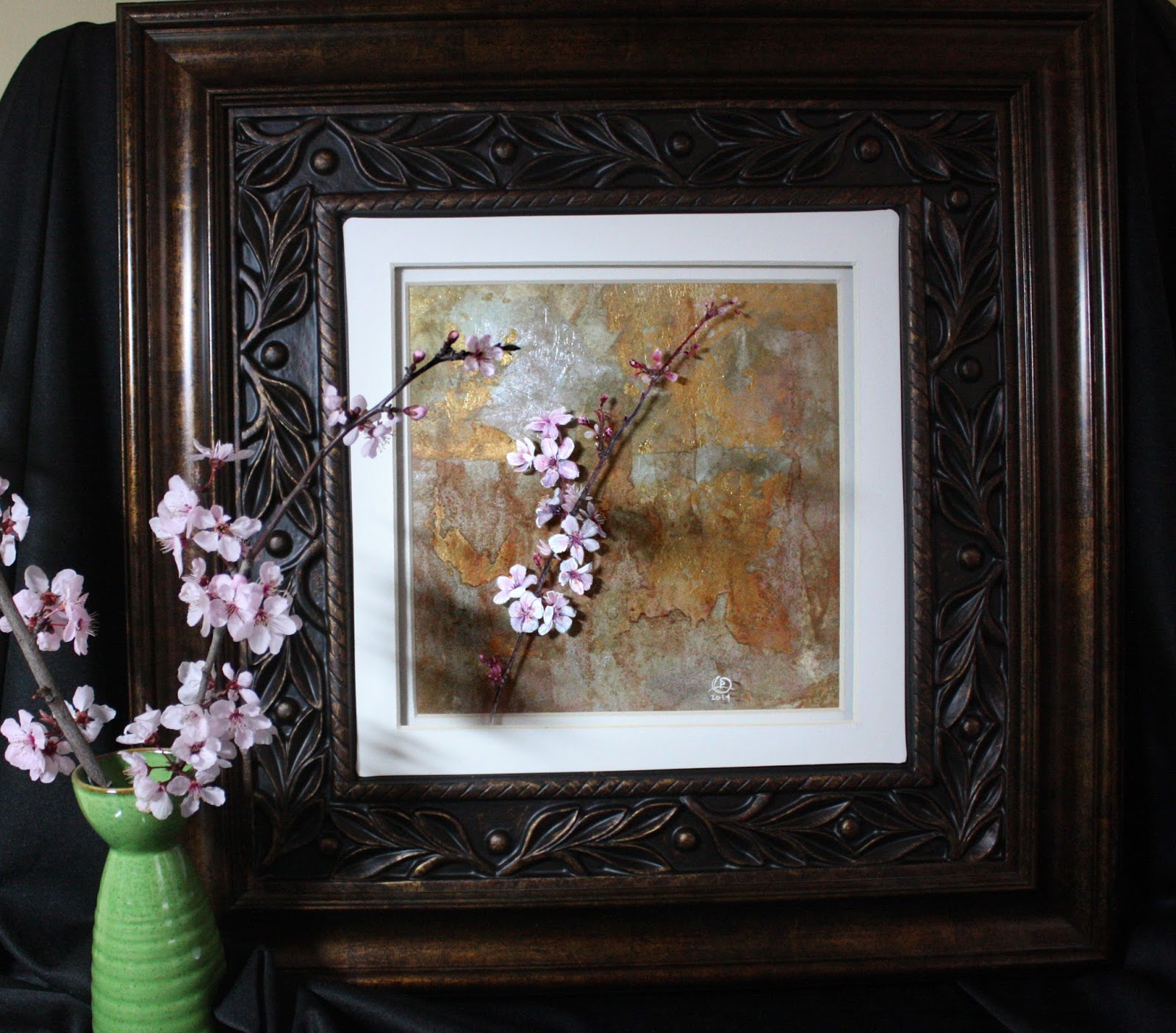 
The past month it has felt more like the middle of Spring than the early December Winter that it should be. I was inspired by the profusion of blossoms on all the cherry and plum trees, and by the Lunar New Year to paint some blooms. 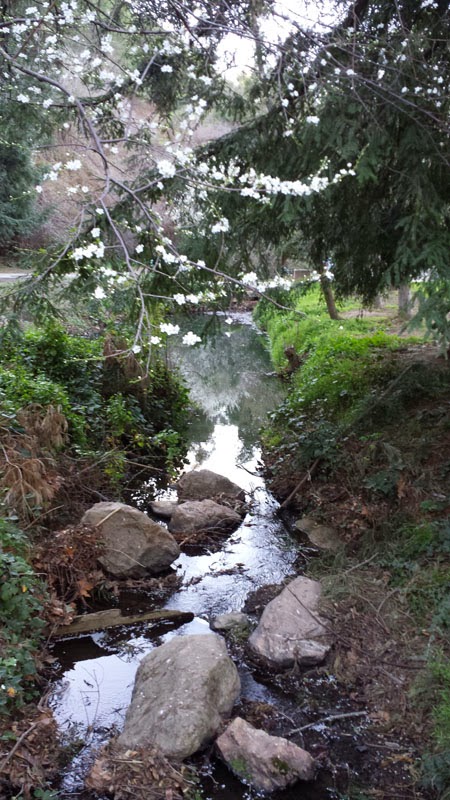 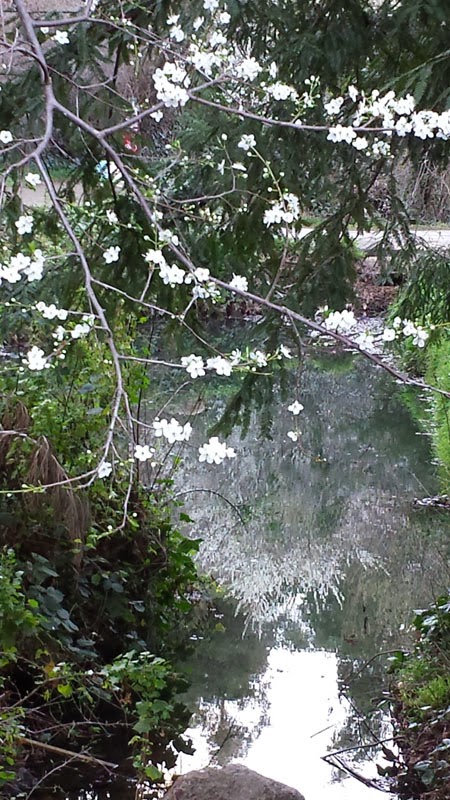 I was recently at the Berkeley Botanical Gardens to see a Botanical Illustration show, and fell in love with the pieces that were done on a surface called Dura-lar, which I found out was a brand that made translucent vellums and other acetate surfaces for drawing and painting on. I bought a couple pads. I found out after I got home that I had accidentally bought one that was just clear acetate. Colored pencils didn't work on it, and neither did watercolor painted directly. Though ink did work quite well, and my watercolor gesso worked too. So I set about playing with it to see what I could do. 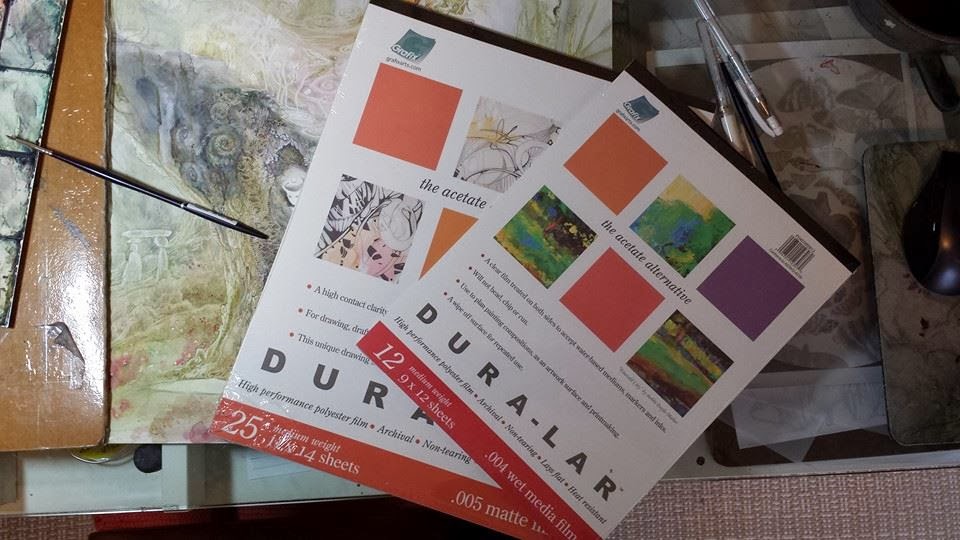 Painted the watercolor ground in silhouettes of the blossom branch. 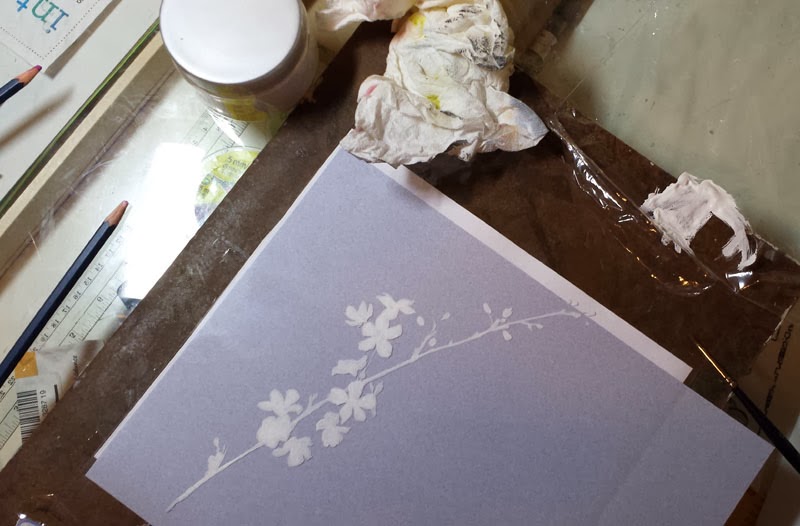 It was quite fun to see the finished branch on the transparent surface. 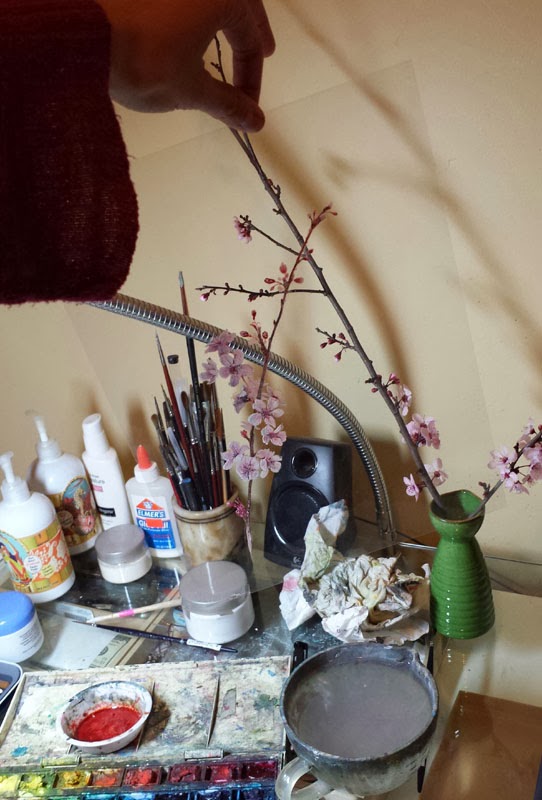 I tried out various backgrounds to set it up against. 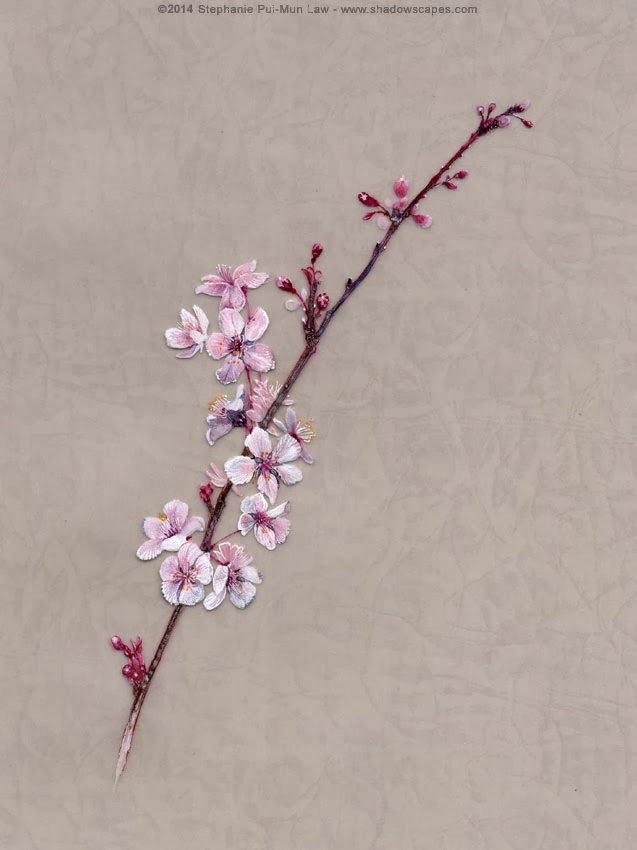 And finally settled on painting a textured surface of metal leaf, metallic powders, watercolor, and sealer. The result looks bit like beaten copper.
Sandwiched the acetate and background with mat board for the final piece. 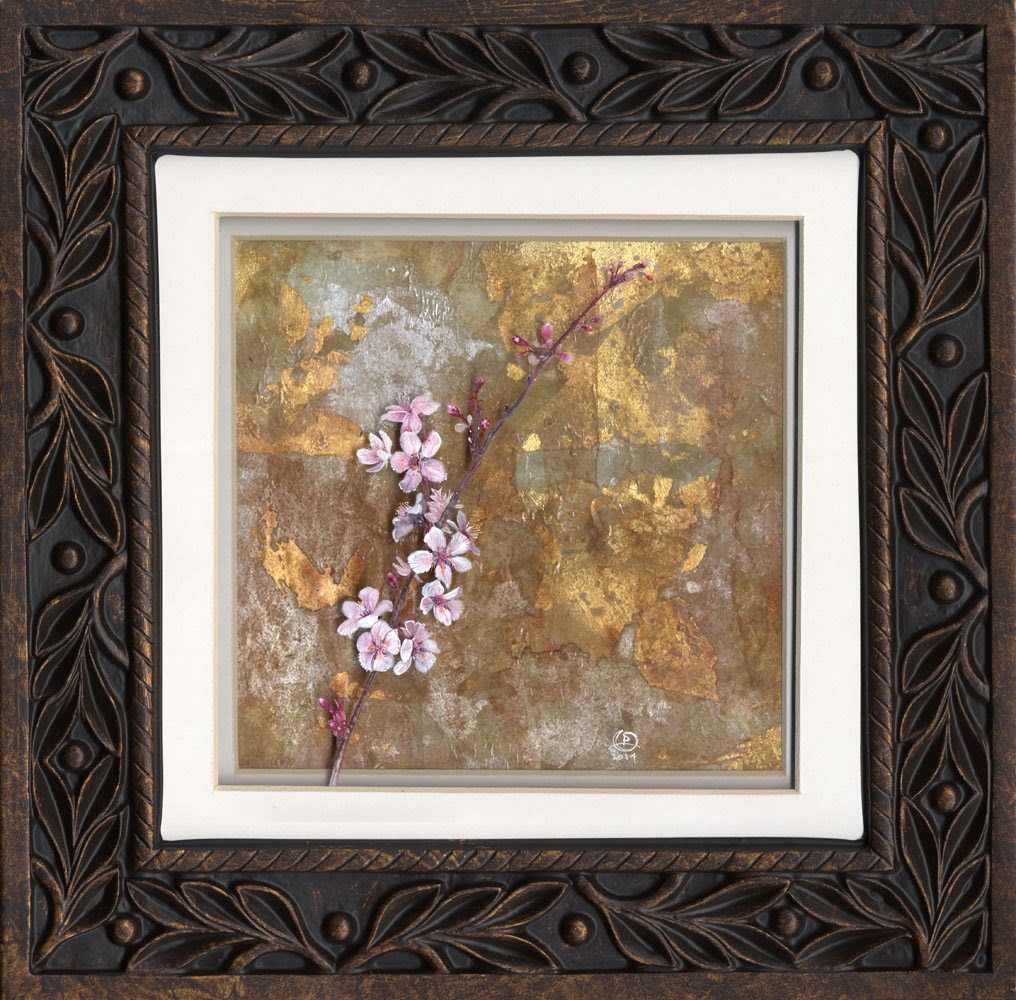