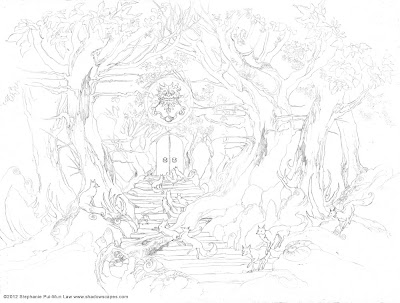 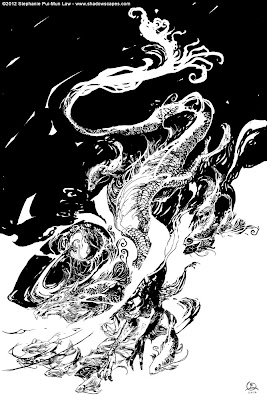 Yes, another digital piece before we return to our regularly scheduled watercolors next week. A few B&W pieces were requested by Voottoo. 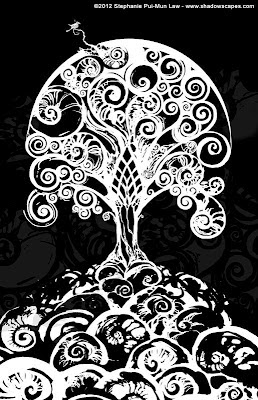 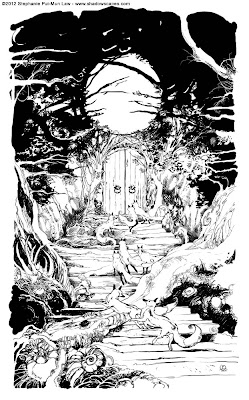 Cover Poll for The Art Of

It has often been requested over the years, and I finally felt ready to produce this. Coming soon, later this year. It's in the design stages still, but here are some cover options I'm considering. Your feedback on which one you like will be appreciated! Just leave a comment on which one you like the best: 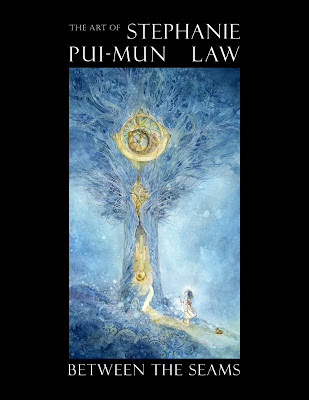 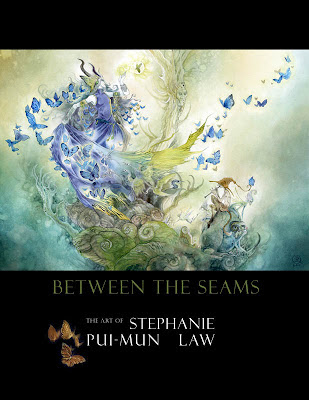 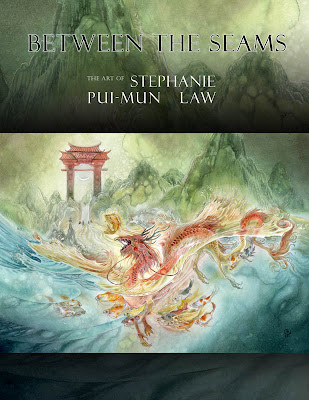 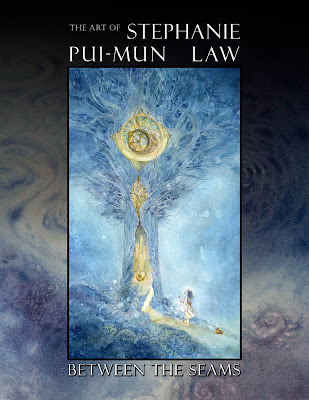 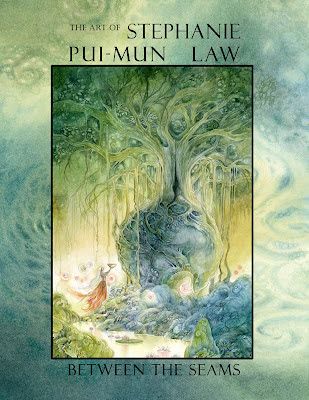 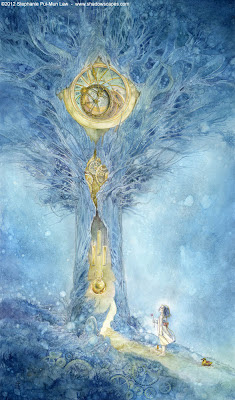 The final piece deviated a bit from the original sketch. What I had in mind at the start was to have the ground cut away as in Inner Workings, with the roots entwined into the cogs of a contrasting gold color. But by the time I had worked my way down to the lower foreground, I was liking the really striking contrast of the glow from inside the tree, to the deep blues surrounding. And how the glow spilled out in a path towards the girl. I didn't want to disrupt that by filling the lower right with bright gold and light. So I tried to make it more subtle instead.

One evening a while back, Claire was cuddling on top of me, with her ear pressed to my chest. She was quiet a long time, and I thought she had fallen asleep, but suddenly she looked up and said, "Tick tock tick tock." I explained to her her that was my heartbeat she was hearing, not a clock. 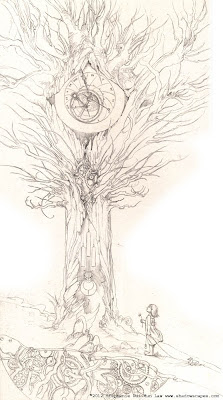 Ready to paint! After a bit of a block, and some false starts.

I woke at 5:15 AM one day last week. Not voluntarily. After three hours, watching the sunrise, eating some breakfast, warming my hands over a cup of tea, I nudged Dana awake. I handed him Claire, and told him I was going to crash for a quick 20 minute nap before he went to work.

I barely lay down before I was asleep. Contrary to what many people suppose (judging from how often I get asked the question), I rarely if ever draw anything that I dream. This piece, however, is from a dream. It was just a flash of the image, but I remembered the tree and the colors when I woke a short while later, imprinted in my mind. 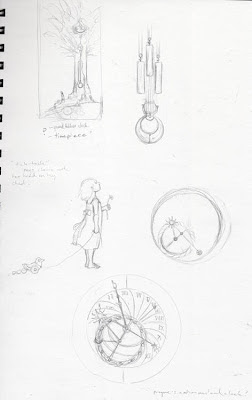 On the Proper Depiction of the World

My friend Aiko was a year older than me, which meant I wanted to do everything that she did, and listened avidly to all the wisdom her greater years had to offer. We were drawing with crayons, and I was four years old.

She laid out a sheet of paper between us, and told me, "This is how you draw the sun." She took a yellow crayon, bumblebee-fuzz-yellow, deli-mustard-bright-yellow, yellow-Plain-Yellow, and colored in a quarter-circle at the top left corner of the page. She set the yellow crayon down and surveyed her work. Satisfied, she continued.

"This is how you draw the sky." She picked up a blue crayon, cornflower-bluebell-blue, blue-Plain-Blue, and colored a stripe, about the width of a finger, across the top of the page, from the lonesome sun in the one corner to the opposite side.

"And this is the ground." With final green crayon, a green that could have dreamed of being anything like perhaps a summer-apple-green or a dripping-spanish-moss-green, but was relegated now to merely green-Plain-Ground-Green, she finished the lecture on the proper depiction of the world with a stripe that matched the blue sky, across the bottom of the page.

But in the blank white space thus bordered in solemn ritual (on the page, and through action) an entire world could blossom. With sky and sun above, and ground below, the emptiness Between was where anything was allowed.

For years I drew the sun and sky and ground as Aiko had instructed me, and I don't know when exactly it changed. Gradually. The world grew more complex than those simple boundaries, both the drawn and the living world. The ground grew from a flat horizon where you could see from one end unto forever, to hills and furrows and mountains, stretching to touch a shifting sky.

When I was ten years old, I took a painting class that met outdoors at a nearby Japanese garden. I was painting trees in watercolor, as I had been instructed by the teacher. Brown trunks, green leaves, black shadows. I was rather proud of my finished piece, until the teacher came to stand behind me, and commented, "That's good, but you should use some other colors for the trees."

His comment stunned me. I hardly knew what to make of it at first. Trees were green. It was quite clear to see from all the birches and oaks and spruces around me. Why would I use any other color for the trees? But then I decided to take his advice literally. I tore off the page of green and brown trees that I had been so pleased with a moment earlier, and dove into a new painting.

This time I used every color except green and brown. Arching purple boughs were topped by foliage with an exploding profusion of colors, and long royal-indigo shadows pooled along the curve of the path that wended through this odd-colored grove. When I finished and surveyed the mad kaleidescope results, the original green and brown version seemed rather drab and listless by comparison.

The teacher smiled at the picture this time. It wasn't until years later that it occurred to me that maybe a rainbow candyland of a landscape was not his intention when he had offered the advice. Perhaps he was trying to draw my attention to the rich variety of colors to be seen in shadow and reflection beyond the flatness of surface. Or maybe he was encouraging me to see what wasn't there in the trees in front of me. Who knows what he was trying to instill into a ten year old?

But that was when the careful world, framed by yellow sun and blue stripe of sky above and stripe of ground below, opened up to the vast possibilities of the grand blank space in between, and the profusion of colors that could be anything. The seeming no longer had to be the being.