Kidlets. Mine and others.

Some random sketches the past couple weeks from my pocket sketchbook that I carry in my purse all the time (I suppose that makes it a "purse sketchbook" then).

At Dimond Park, down the street from where I live. 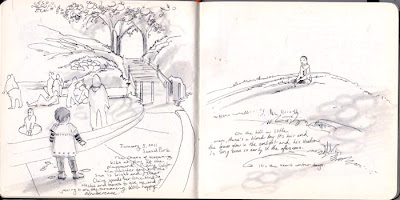 And at the library. 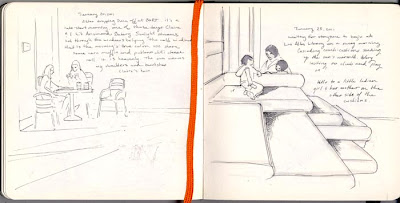 Watching my nephew this morning. Drawing dragons, while he snoozed next to me. 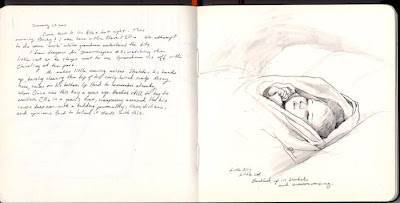 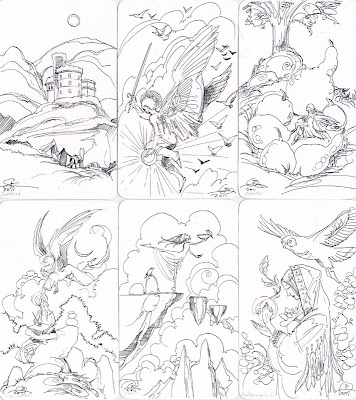 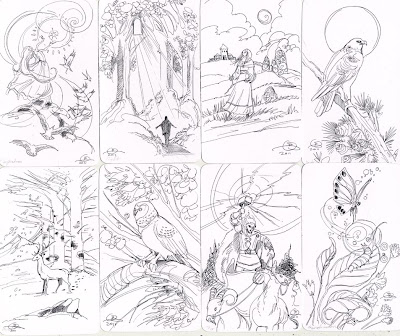 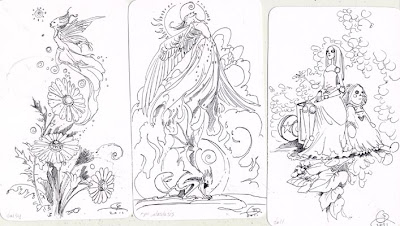 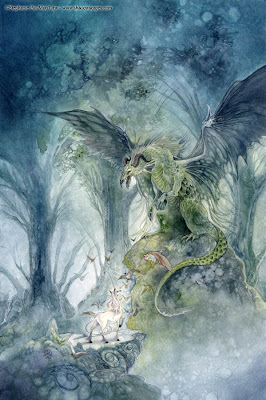 One White Soul
Size: 12x18 inches
Medium: Watercolors
Prints & Original available -here-
Detail closeups -here-
Cover piece for The First Last Unicorn, by Peter S. Beagle, that Tachyon Publications will be releasing soon (for real this time). Shows a scene that was taken out of the final draft of the The Last Unicorn, of a confrontation between the unicorn and one of her immortal rivals and fellow anachronistic mythical beast in a world that was rapidly moving forward and beyond magic, a dragon. "Little white soul," he calls mockingly to her when she speaks to him naively of the world. 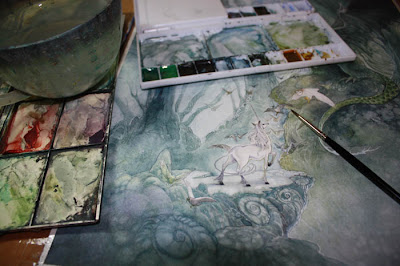 Ready to paint! And I'm ready to sleep. Good stopping point for tonight 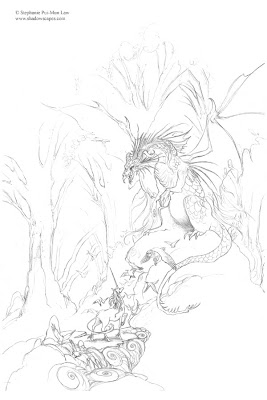 Well, many years ago (I think 2004ish), I did this painting, as well as a number of pencil drawings that were intended for a book by Peter S. Beagle, author of The Last Unicorn. It was going to be called The First Last Unicorn, because it had many chapters that were taken out of the final version of the book, but which were interesting in their own right and as stand-alone pieces seemed almost like self-contained short stories. These chapters, as well as a few other previously unpublished stories were going to comprise the volume.

Unfortunately, the project never was published and I didn't hear any news for a long time. In recent months there has been mutterings of reviving it, and while there is still no set release for those original paintings and drawings I did, Tachyon Publications will be releasing another edition of that book, which they have commisisoned me to do a different cover for. I'll be paintpaintpainting furiously the next couple days because it's a very short deadline (Monday, eek!)
Meanwhile, here's a peek into my sketchbook. 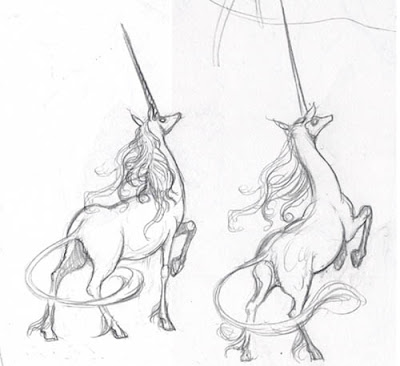 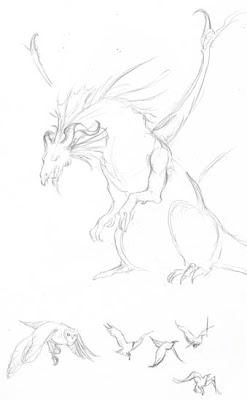 The final rough sketch, all the pieces from those previous sketches combined and tweaked and resized and rotated in photoshop. 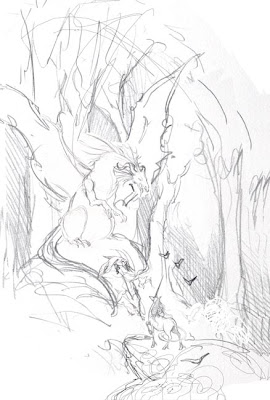 It's always hard to let go of paintings.

After years of working on them, waiting for the deck to get published, and then a bit more time for just pure sentimentality, I've decided to part with the original paintings at last.

The original watercolor paintings will be going on sale on January 19th, 2011 @7:00PM PST.

Advance viewing of the full price list and availability can be found -here-.
Posted by Stephanie Pui-Mun Law at 4:11 PM 4 comments:

Some more inking done today. Custom ACEOs.
Managed to get these done while out at the park keeping one eye glued on Claire.

Posted by Stephanie Pui-Mun Law at 10:40 PM No comments:

Happy New Year! It feels weird to sign these first few drawings of the year with "2011". Anyway, after a few weeks break and enjoying familytime, here are some more keyword sketch cards. 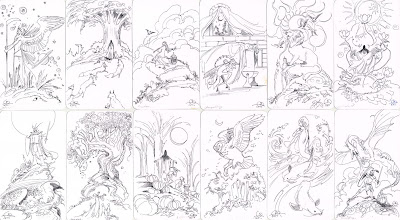 Posted by Stephanie Pui-Mun Law at 9:57 AM 2 comments: