Redwoods and Poppies (and a Red Knight painting)

Nearly finished. Spent the past few days painting towering redwood trees and blood red poppies. Turns out the initial background colors have worked out as I had hoped, their definite not-red tone that I had worried about before, serving to make the red of the poppies really pop out (Popping Poppies!) 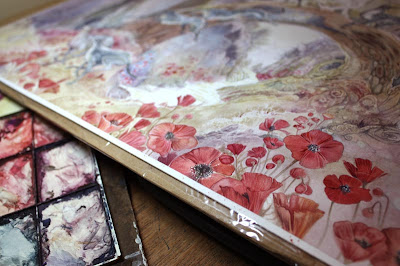 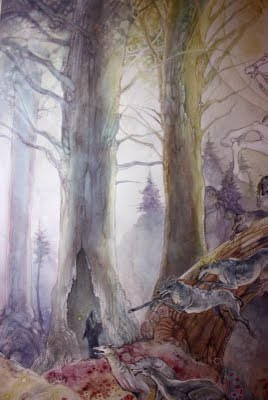 I've spent the past few days also coincidentally wandering amongst very similar environs. The poppies that surround me here in California are a bright golden color instead, but the glorious stretch of the redwoods straining up to the heavens possess the majestic tone I try to capture in a forest. The world around me sneaks into my paintings even when I am not consciously attempting it. They become these reflections of an alternate existence, with the thread of a story, idea, concept, that ties them to true reality.