Magpies: Four for a Boy 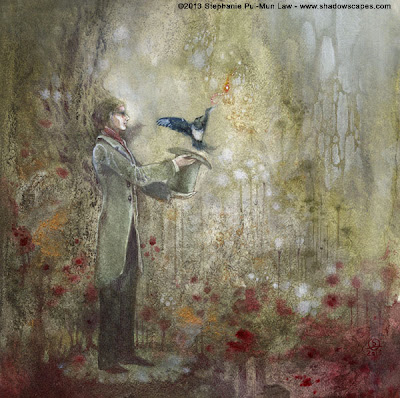 One for sorrow
Two for joy
Three for a girl
Four for a boy
Five for silver
Six for gold
Seven for a secret
Never to be told.

I tried to take more in-progress scans this time around because people keep asking about these recent paintings and how I do the textures.

This was the initial thumbnail sketch idea. 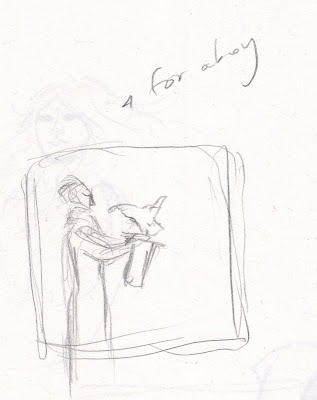 Again, as with the others in this series, I've done very little initial sketching on the drawing board before diving into the painting. This is all I sketched: 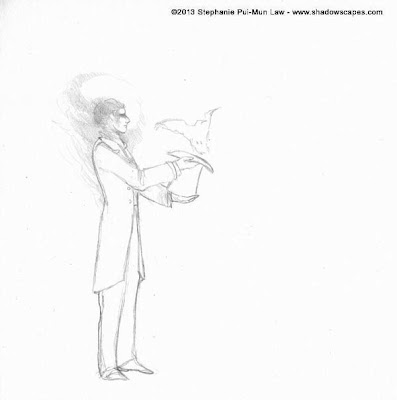 These are my main materials for the painting: 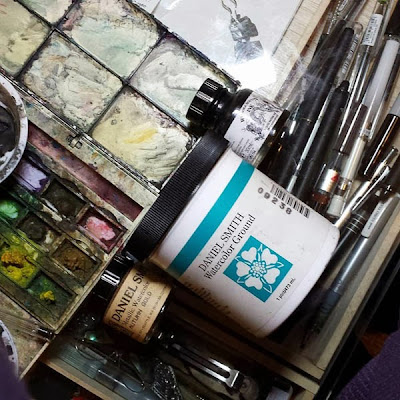 Daniel Smith Watercolor Ground - It's an opaque white that you can paint watercolors on top of. Suggested uses are so that you can prepare non-porous surfaces for watercolors as I did with miniature pendants earlier this year (-here-), but I have also been using it in my regular paintings for "resetting" areas of the painting and turning it back to white, if that makes any sense. It differs from just using masking fluid or avoiding painting an area because I can gradate the opacity. So it creates a water-proof scumble effect.

Daniel Smith Metallic Watercolors - This is made from metal powder mixed with binder. You can mix it with watercolor. My friend gave me a box of these that he had sitting around for a long time. And for a long time I then had it sitting around for many years. I wasn't quite sure what to do with them after initial experiments because it's kind of strange stuff. It doesn't apply in a smooth metallic surface. But it's not just fancy glitter-powder either. It's kind of something in-between. I don't know what initially prompted it, but for some reason I mixed it with some Winsor & Newton India Ink last year.

Winsor & Newton India Ink - So...I haven't tried this with other types of ink. I'm not quite sure if it's the binder in the india ink, or the pigment particles themselves. But for some reason when I've mixed it with the metallic watercolors, I start to get strange clumping textures. as the binder and pigment and particles separate.

And of course, my watercolor paints.

Throw it all together. Let it all drip. See what happens. This is the "messy and I-hate-this-painting" stage. Working past it is the hardest part. 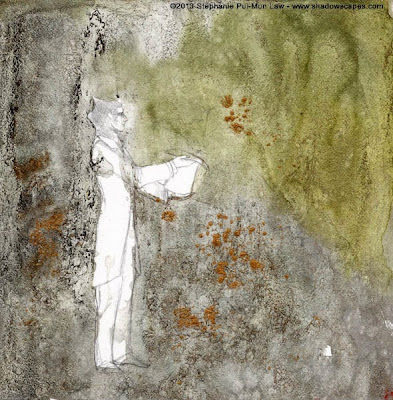 Started layering some bits of watercolor ground back in for lightened areas. 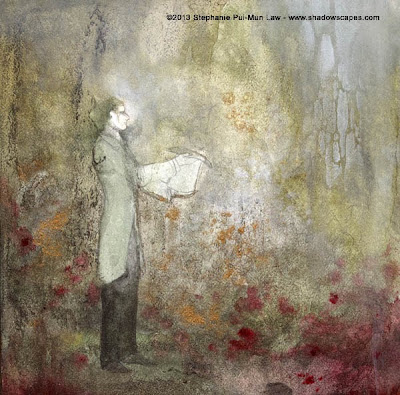 Oh yeah, and I forgot about ballpoint pen too. That's the other new item that I've been adding to the mix.  Specifically SKB ballpoint pens that Allen Williams introduced me to. 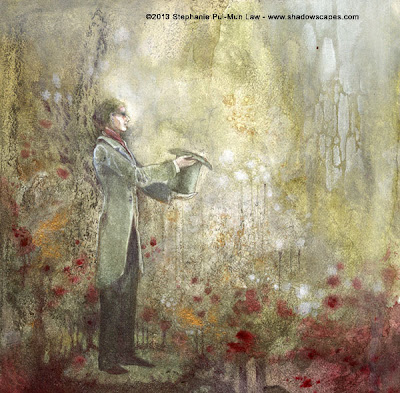